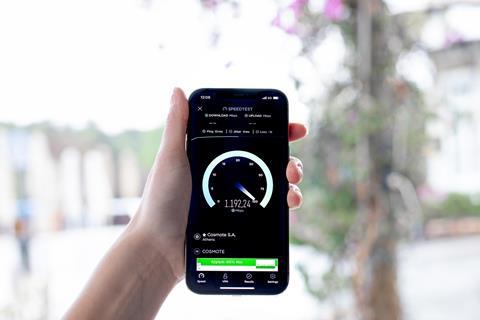 Cosmote Greece stole a march on rivals, and evidently got some brownie points from the government, by launching the country’s first commercial 5G services.

The initial deployment brings limited coverage to large cities including Athens and Thessaloniki, and was conducted in partnership with Ericsson. It uses 3.5GHz spectrum Cosmote had licensed and activated prior to this week’s spectrum auction.

The auction, the results of which were announced the day before Cosmote’s 5G launch, included a range of frequencies suited to 5G networks. Both Cosmote and peers Vodafone Greece and Wind Hellas took home slots in the newly-available 700MHz, 2GHz, 3.4GHz–3.8GHz, and 26GHz ranges.

“ Our investment in Greece is of strategic importance to us. There are significant growth prospects and it can be an important technology hub. ”

Headline targets laid out by the Group for Greece include:

As elsewhere, the Greek government is talking up economic development opportunities around 5G innovation, off the back of the auction.

Cosmote’s launch was marked by a meeting between DT leaders — Höttges, Europe CEO Dominique Leroy, and OTE Group CEO Michael Tsamaz — and the country’s Prime Minister (PM) Kyriakos Mitsotakis and Minister of State & Digital Governance Kyriakos Pierrakakis. Sitting in the PM’s Maximos Mansion, the group discussed the “great prospects” of next-gen connectivity, before the first 5G-enabed video call was made between Mitsotakis and Pierrakakis.

Leroy sought to highlight that the Group’s plan to reach 100% 5G coverage along the nation’s 2000km of highways will support the government’s Connected Highways initiative. This aims to create “5G corridors”, she said, to help the Greek import/export industry and prepare its infrastructure for automated logistics in the future.

The Hellenic Corporation of Assets and Participation (HCAP), the umbrella organisation that manages the Greek state’s stakes in public companies, will also launch its Faistos fund in early-2021. It will make investments in startups offering 5G-enabled products and solutions.

Vodafone has also been seeking to promote its investments in Greece as strategic to the country’s development, selecting Greece to host a new research and development centre focused on healthcare-oriented Internet of Things solutions.

Others runners in the race

Spectrum auctions may come thick and fast for DT in 2021 after a year of postponements due to coronavirus. Auctions for spectrum in the 700MHz band are scheduled across a host of countries as European Union member states ready for commercial 5G networks, with low-band frequencies also being re-allocated. Though auction dates remain tentative given the ever-evolving pandemic, the first half of the year should see spectrum allocated across several of DT’s European markets.