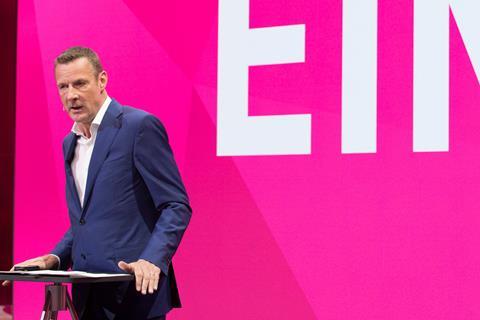 van Damme, Chief Executive at DT’s home‑market NatCo Telekom Deutschland from 2009 to 2017, joins an expansion‑minded NGN in a time of transition.

In announcing his appointment, NGN said van Damme will help the provider “realise its ambitions”, as set out in a strategic partnership signed with altnet peer Eurofiber in mid‑2021. Together, the pair aim to “expand and commercialise” NGN’s 16,000km‑long open access network alongside Eurofiber’s 38,000km of dark fibre networks in Belgium, France, and the Netherlands.

Eurofiber and NGN signed the long‑term partnership in June 2021 to expand the latter’s dark fibre footprint in Germany and address “increasing demand” for fibre infrastructure among the country’s network operators. The deal is pending regulatory approval, and the two companies remain distinct despite branding beginning to appear with the Eurofiber–NGN Fiber Network marque. They have also launched a large‑scale recruitment campaign, with account director, marketing, and project management roles being advertised across offices in major German cities.

The new Chairman is the second DT alumnus to join NGN’s senior ranks in as many months, after T‑Mobile Netherlands’ former Chief Financial Officer Robert Jelinek‑Nacke was appointed CFO at the start of the year. He left DT in 2020 and has since been a Senior Advisor at consultancy Arthur D. Little (Deutsche Telekomwatch, #92). Jelinek‑Nacke sits alongside CEO Christoph Klein, a former IBM and Vodafone Germany executive, on the NGN top team.

van Damme spent eight years at DT, including a stint on the Group’s Executive Board, before he was replaced by Dirk Wössner. In the years since, he has sat on the Board of Directors at Australian incumbent Telstra and acted as a Board Advisor at IT solutions provider LotusFlare (Deutsche Telekomwatch, #66, #75 and #102).