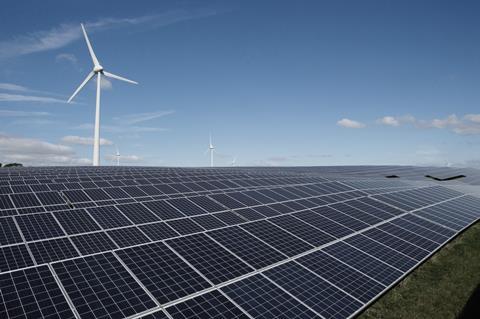 Under the contract, Vattenfall will provide Power & Air Solutions with electricity generated by a 60MW solar power plant in the state of Mecklenburg-Western Pomerania in eastern Germany. The solar park is under development and construction is planned for mid‑2021.

Höttges turns up the volume on sustainability

The move comes with DT’s leadership being increasingly vocal about the importance of environmental objectives within its broader strategy.

Group Chief Executive Timotheus Höttges stressed DT’s “need” for a “sustainable business model” in the operator’s February 2020 annual results presentation, claiming that “everybody in the organisation — everybody — is really thinking about how [they] can address topics like CO2 emission reduction, [creating a] plastic‑free environment, renewables, and other topics”.

DT continues to highlight its position as one of only three DAX‑listed businesses, alongside HeidelbergCement and SAP, recognised by the SBTi as contributing toward the target of limiting global warming to 1.5°c above pre‑industrial levels. DT joined the SBTi in June 2019 — significantly behind peers BT Group and Telefónica Group, but just ahead of Vodafone Group, which is now also accelerating on its slow start in the area (BTwatch, #280, Telefónicawatch, #121, and Vodafonewatch, #183).

DT is also a member of The Climate Group’s RE100 scheme, having joined the programme in September 2019, well after TMUS in January 2018 (Deutsche Telekomwatch, #71).

DT was recently ranked as one of eight telcos in the CDP Climate A‑LIST with a rating of A, along with rivals BT, Orange, and Telefónica, while Vodafone scored A-. The rankings are published by not‑for-profit organisation CDP (formerly known as Climate Disclosure Project), which compiled the list based on the steps taken by 179 listed international companies in 2019 to take action against climate change, selected from more than 8,000 that had reported to CDP. The businesses analysed receive a rating from A to D, depending on the effectiveness of the strategy to address factors contributing to climate change, with those providing insufficient information scoring an F. Out of several thousand companies submitting information, a total of 125 were rated as A.