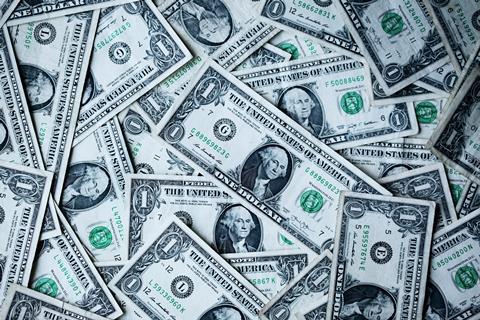 The winning bidders will not be named by the Federal Communications Commission until after completion of the “assignment phase”, which is slated to start on 8 February 2021. This is when bidders have the option to bid on frequency-specific licences. The licences won in the first phase were for generic blocks of spectrum.

Despite haziness on how much each operator bid, financial analysts at Raymond James — as quoted by Light Reading — predicted that T‑Mobile US (TMUS) stumped up $11bn. They thought Verizon Communications, which is comparatively light on mid-band spectrum, would be in for around $30bn, followed by AT&T ($20bn) and Comcast/Charter ($15bn).

Only a few days before the first phase of Auction 107 was wrapped up, TMUS announced it had issued Senior Notes worth $3bn in three $1bn tranches, with maturity dates of 2026, 2029, and 2031. Bloomberg reported that the original aim was to try and raise $2bn in this way, suggesting that the auction was turning out to be more expensive than originally thought.

The operator, in a statement, nonetheless only fleetingly (and obliquely) referenced the C‑Band auction as something it might spend its newly raised funds on.

“T‑Mobile intends to use the net proceeds from the offering of the notes for general corporate purposes, which may include, among other things, financing acquisitions of additional spectrum and refinancing existing indebtedness on an ongoing basis. ”

In the lead-up to Auction 107, TMUS Chief Executive Mike Sievert sounded a note of caution about C‑Band. Talking at a Goldman Sachs’ investor event in mid‑September 2020, Sievert said that “we’re interested, but what you can expect from us is what you’ve always seen from us: discipline. We’re going to be focused on whether… there’s a value”.

Given TMUS has large swathes of 2.5GHz mid-band spectrum, following its merger with Sprint, one line of thinking was that the NatCo might mount stalking horse bids in the C‑Band auction to try and drive up prices paid by AT&T and Verizon.