Buoyant T-Mobile moves into next chapter 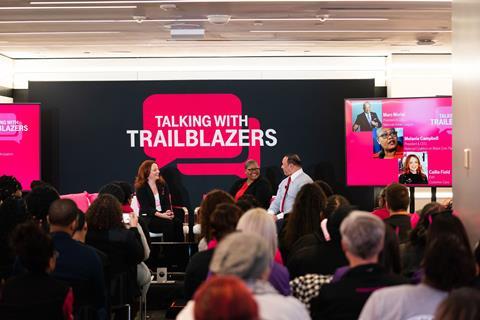 Buoyant T-Mobile moves into next chapter

T-Mobile US (TMUS) made what would be its last results presentation as a standalone business, delivering another set of strong numbers and underlining the end of its status as sub-scale market upstart with the completion of its mega-merger with Sprint.

Guidance for significant growth in EBITDA and free cash flow in FY20, albeit super-ceded by the Sprint deal’s conclusion and COVID-19 pandemic.

A few weeks after the Q4 presentation, on 1 April 2020, TMUS announced completion of the Sprint transaction following a near-two-year legal and regulatory battle, including a pivotal, remedy-aided agreement with the Federal Communications Commission in 2019 and court win against state authorities earlier in 2020 (Deutsche Telekomwatch, #73, #88, #91, and passim). While the two businesses operated separately during Q1 FY20, their results for that quarter will be presented by the newly-enlarged TMUS. Sprint’s public-facing investor relations website has already been subsumed into that of TMUS.

Sprint’s results for the quarter to 31 December 2019 served to underline its reliance on the merger being allowed to go through, displaying ongoing contraction in revenue and churn among branded postpaid subscribers.

DT’s own Q4 presentation also came before the Sprint deal was fully tied down — but management were clearly full of joy that the transaction had cleared all major hurdles and appeared unstoppable at that stage.

Höttges called the merger the “biggest thing of everything” being discussed during the Q4 session and said he was “very happy about the outcome” of the recent court battle. “What an incredible journey this has been”, he said, again highlighting TMUS’ “unprecedented turnaround” since the 2012 appointment of John Legere as CEO of the NatCo (Deutsche Telekomwatch, #13). As previously announced, Legere has now stepped down and been replaced by Sievert, following the deal’s completion.

Both Höttges and Chief Financial Officer Christian Illek reaffirmed the business modelling behind the merger — i.e. shifting intra-Group debt off DT’s balance sheet and turning TMUS into a major cash cow as the 2020s progress — and various other late-stage events will have added to DT’s confidence that it and TMUS have pulled off a remarkable win.