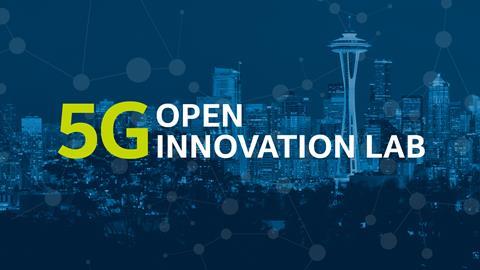 The Lab described the additions as a way to “broaden the Lab participants’ access to leading‑edge network, software, and hardware platforms”. There is also the potential for startup participants to “create direct customer relationships” with these founding partners, 5G OI Lab noted.

5G OI Lab was established in May 2020 by Intel, NASA, and T‑Mobile US (TMUS). It has two intakes annually of up to 20 startups, selected for their focus on 5G‑enabled technologies. The now‑seven‑strong cohort of founding partners secure visibility into these startups’ solutions and are able to select which to work with. The startups themselves gain access to mentorship, resources, and technology provided by the founding partners. In early‑September, 16 startups were selected to join the 5G OI Lab’s Fall 2020 cohort (there were 14 in the Spring 2020 iteration). They will participate in a twelve‑week programme.

Each partner highlighted specific deliverables that they will seek to bring into the 5G OI Lab mix.

“We’re working harder than ever to build a transformative 5G network for all, but we must build something even bigger — an ecosystem that creates economic value beyond traditional telecom.”

Each new founding partner has close ties with Deutsche Telekom.

Amdocs flagged its existing relationship with TMUS (as well as with Sprint pre‑merger), pointing to the operator’s recent MarketONE over‑the‑top onboarding platform deployment. Dell and VMware, similarly, are entrenched within DT’s ecosystem: VMware fared favourably in Deutsche Telekomwatch’s 5G Momentum Index in April this year thanks to virtual RAN partnerships and collaborations with DT entities including edge computing spin‑off MobiledgeX. It is also a close partner of T‑Systems (Deutsche Telekomwatch, #89, #92, #94, and passim).

Microsoft has built out its two‑way relationship with DT recently, with Chief Executives Timotheus Höttges and Satya Nadella discussing ways to “intensify our cooperation” in 2019. DT has enterprise sales partnerships with Microsoft via T‑Systems, Telekom Deutschland, and others, and Höttges claimed to be working with Microsoft on “new propositions” for mid‑sized enterprises earlier this year (Deutsche Telekomwatch, #87, #94, and passim).