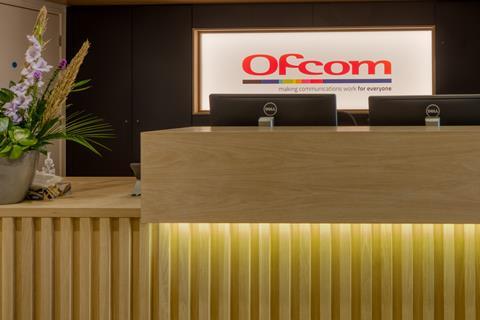 Mike McTighe, Openreach Chairman and former ‘frontrunner’ for the Ofcom seat, has withdrawn from consideration, Sky News has reported.

A Whitehall source has since confirmed that McTighe is no longer interested in the position, having previously been touted among the foremost candidates.

His withdrawal from the race to lead the UK regulator comes amid ongoing controversy around the appointment, a process that will pass its second anniversary next month and has been labelled as “shambolic” by MP Julian Knight in the Commons. Knight added that “shambles has begun to look like an understatement”, with the process “putting a reality series to shame”.

Sue Gray, the senior civil servant tasked with leading the decision panel of the Ofcom appointment, is expected to make a decision at some point after April 2022 when final interviews are scheduled. The Department for Culture, Media & Sport, which puts candidates forward, has said it will not comment on those in consideration while the process is ongoing.

McTighe was seen as something of a safe bet to take the reins given his experience at Ofcom as a Member of the Board for eight years to 2015. His appointment would also have been seen as beneficial to BT and Openreach given his chairmanship of the latter’s board since 2017. He also chairs the board at UK‑based spread‑betting firm IG Group, lenders Together Financial Services, and solutions provider Arran Isle.

The news of McTighe stepping away comes days after Michael Grade, former BBC chair, was said to have put himself forward.

The Telegraph reported that Grade, a peer in the House of Lords since 2016, applied for the post at the end of January.

He has not shied away from criticism of the way Ofcom regulates the TV and broadcasting world, and recently praised Culture Secretary Nadine Dorries’ decision to begin a debate on BBC funding.

His interest in the role has not been confirmed, and he told The Telegraph that he “wouldn’t dream of commenting on any rumours”.

Grade is the latest in a line of prospective picks since the process began. Former Chair Lord Burns vacated the position in December 2020, to be replaced on an interim basis from 2021 by Maggie Carver, former Deputy Chair. Since then, ex‑Daily Mail editor Paul Dacre — seen as Prime Minister Boris Johnson’s favoured option — was forced to step away from the running amid concerns about the political machinations behind his prospective appointment. Culture & Digital Minister Ed Vaizey’s name has also been floated previously — and is someone who has previously expressed an affinity for BT — but he too withdrew from contention last year (BTwatch, #331 and passim).