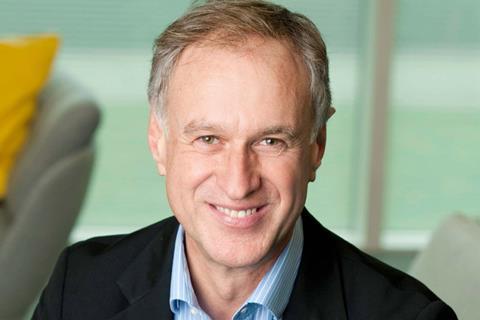 He was also added to the Senior Advisory Council at Deutsche Telekom Capital Partners (DTCP), the operator’s corporate venturing ship.

In his Capgemini role, Karonis said he would be focused on launching 4G and 5G networks with European operators. Specifically, he flagged work with BT, EE, Deutsche Telekom, Orange, and Greek operator OTE — all of which he has previous ties.

He joined Romtelecom (now Telekom Romania) as Chief Information Officer in 2007. He moved to EE three years later, before becoming Chief Technology Officer in 2011 while it was still a fledgling joint venture between Orange and T-Mobile. He then shifted to BT Group with the EE acquisition where he held a handful of senior titles including Managing Director of Mobile, 5G Executive Advisor, and most recently, CTIO.

It also marks his return to Capgemini itself, where he spent six years in the 1990s.

Karonis had perhaps hinted at a future OTE involvement by joining the operator’s Management Team Meeting in March, where he sat on a panel as a leading voice on edge disruption.

At DTCP, Karonis joins a host of high-profile senior telecoms and tech figures tasked with steering its venturing activity as part of the Senior Advisory Council.

Until his departure from BT earlier this year, Karonis had fronted many of BT’s partnerships and projects around 5G applications for business, and set up the 5G ecosystem plan for BT and EE’s 5G launch. He was replaced by Dave Matthews, former Programme Director at Vodafone UK.