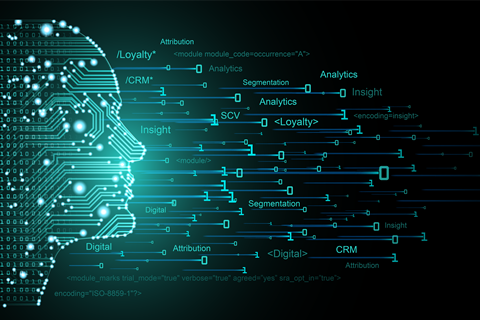 BT made some changes to its communications partner portfolio, with multi‑year deals handed to new and long‑term providers.

Go Inspire Group, which has provided communications services to BT in varying capacities over the past two‑and‑a‑half decades, was appointed BT’s print communications partner.

The contract, completed after a tender process in late‑2020, reportedly covers all of the operator’s below‑the‑line requirements and incorporates customer communications across all of BT’s products and services except billing and point of sale. Responsibilities include acquisition, customer, regulatory, and retention communications, according to specialist outlet Printweek. The contract went live in March 2021.

Details of the deal were not disclosed, but Printweek estimated it was worth “in the region of £6m–£10m” per year. The majority will be produced by Go Inspire’s commercial print unit, Eclipse, with the remainder delivered via external strategic partnerships.

Go Inspire displaced incumbent Williams Lea, a UK‑based business services provider and Deutsche Post DHL subsidiary. It is the first time Go Inspire has worked directly with BT since 1994, according to Chief Executive Patrick Headley. However, it is said to have provided third‑party services to the Group in the years since. Other Go Inspire clients include BT rivals TalkTalk and Sky, and supermarket group Tesco. It has a turnover of £71.5m with 430 staff. In 2021, it will target further growth via “lead partner” deals, and aims to add to its senior leadership team.

In early‑March 2021, The Academy and CCgroup were added to the BT Consumer agency list.

The Academy will “run” the BT Consumer brand, products, and PR programmes, covering the BT, BT Sport, EE, and Plusnet marques. Mat Sears, Director of Corporate Affairs at BT Consumer, described it as a “huge brief” when speaking to specialist outlet PRovoke.

CCgroup will “oversee” EE’s effort to retain mobile network leadership in the UK. The agency’s mandate will include the development of a strategic communications plan that covers EE’s network developments and investments, with activity to include the promotion of thought leadership and influencer relations, and engagement at industry events and awards.

“ After an extraordinary year — and with a new plan and strategy ahead of us to drive brand warmth, and get more cut through in our products and services like convergence — I decided to make some changes to our consumer agency roster across BT, BT Sport, EE, and Plusnet. ”

Sears added that no further changes are planned for Consumer’s agency roster, and existing relationships were not affected by the additions. M&C Saatchi Talk is responsible for EE’s brand and sponsorship communications, Nelson Bostock covers press office and EE products and services, and Pitch oversees BT Sport.