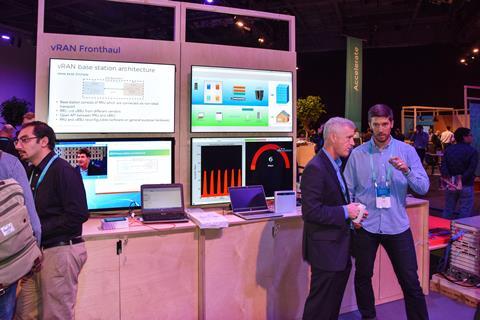 BT Group underlined its commitment to the Telecom Infra Project (TIP) through participation in October 2018’s TIP Summit ’18. Key figures in the Group’s research and innovation function talked up the significance of the programme, and demonstrations were presented of work already undertaken to move forward towards the TIP goal of collaboratively developing a disaggregated, software‑driven transformation of traditional telco infrastructure.

Despite the enthusiasm from the UK telco, it would be fair to say that it currently sits amidst the pack of European operators driving the initiative — Deutsche Telekom, Telefónica and Vodafone had more concrete progress to report and generally maintained a higher profile. Nevertheless, BT is showing a newfound enthusiasm for openness and sharing with its peers, and combined with its additional activities through the TIP Ecosystem Acceleration Centre (TEAC) (see separate report), is well positioned to influence, and benefit from, the Facebook‑chaperoned programme.

TIP Summit ’18 was the initiative’s third annual gathering, and first in Europe following smaller US predecessors. The event was met with enthusiasm, with perhaps around 1,000 attendees and 30 exhibitors, including demonstration booths and startups affiliated to the four TEACs (see separate report).

Operators appear keen to participate in the more collaborative and agile world promised by TIP, as evidenced by comments from senior figures such as Deutsche Telekom’s Axel Clauberg (Vice‑President of IP End-to-End & Infrastructure Cloud, and also TIP Chair), and BT’s Howard Watson (see below), but the position of vendors in the programme remains at an earlier state of evolution.

Smaller vendors cleaning up in a vacuum

TIP vendor-spotting is as much about who is not visible (most majors remain conspicuous by their absence, although Cisco may now be creeping in, to join early-bird Nokia) as to who is on show (mainly challengers, startups and sherpas, plus systems integrators that naturally scent opportunity in a disaggregated world).

Mid-to-large suppliers to namecheck include ADVA (brazenly targeting adjacent segments), Aricent and Tech Mahindra (repeatedly flagged as key integrators), Intel (in its classic facilitation role), and Radisys. Accenture and Deloitte were also prominent. However, for every player in evidence, it was easy to think of at least a couple of counterparts that were not.

Like nature, though, TIP may abhor a vacuum, and interlopers such as Accelleran, Edgecore, Fairwaves, Lime Microsystems and Parallel Wireless are clearly seizing the chance to win credibility, traction and visibility through involvement in and around TIP.

Reflecting the need for operators and vendors to come closer together in the communal TIP effort, Axel Clauberg hinted at a less combative stance from TIP’s operator partners towards established vendors.

This conciliatory tone crystallised in calls for greater innovation, and a plea for vendors to throw their weight behind the project and help build transformational momentum.

“Our industry is actually desperate for more innovation. We definitely need to accelerate the pace of innovation. I [am not saying] that traditional vendors don’t do enough on innovation. However, as a community, we can be much, much better — bringing people from the established vendors, from startups, from systems integrators, from internet companies, and from the telcos, together to collaboratively work on the telecoms infrastructure. That’s what we do within TIP. ”

Meanwhile Facebook, as TIP progenitor and continuing galvaniser, is omnipresent, and clearly appreciates TIP as a community where it is respected and valued, at a time when its reputation is being battered elsewhere. Nevertheless, BTwatch has also heard comment from smaller vendors that the Facebook‑driven demand for open access to intellectual property is causing caution and concern from some smaller players.

Proof of the project in the deployment

As an entity, TIP is growing its membership and advancing its projects, but it may now also be at a critical juncture as it matures; needing its operator members to continue to collaborate when projects move beyond pilots towards production and commercialisation, and for larger suppliers to step up (or in).

Although the mood was optimistic across the event, it was notable that there were some speakers that appeared upbeat, living the TIP dream, while others were more cautious on the real‑world operational challenges ahead. This distinction was apparent not just across different TIP member companies, but also among representatives of the companies themselves (for example BT’s Sutton outlined challenges, while Watson focused on opportunities), underlining the potential uncertainty at the core of the ambitious project. This qualified enthusiasm should not really surprise, since BT, for example, has for at least most of this decade seemed to flip back and forth between hot and cold on ‘open’ initiatives, particularly when consideration shifts between development and operation.

Clauberg sees deployment on the horizon

In a blog accompanying the Summit, Clauberg claimed that many of the technologies being worked on by TIP were now “closer to maturity”. As part of a wider update, he flagged five project groups as having technology trials taking place with operators:

In his keynote, his message was that output from TIP’s various project groups had increased considerably since the previous event, and that more technologies were moving beyond the “concept stage”. He told attendees that, if all goes to plan, the industry should see the first commercial deployments of TIP‑developed technology during 2019. Mass-market rollouts are slated for 2020.

BT in the mix in core TIP project groups

BT is involved in a variety of TIP projects, some in a headline leadership role, others providing facilities or other support. The main TIP project groups are listed below, with BT’s known participation flagged.